I am not a networking expert but in configuring some Azure cloud services I came across the need to use Azure Private DNS to create a private DNS zone for an App Service Environment v3 (Isolated web app that sits within a vnet).

This is something that is needed to be able to connect to the web apps that are hosted in the ASE from elsewhere in the virtual network (e.g. other web apps in the ASE), without needing hosts file entries (which are impossible to create on PaaS services).

Then I realised that my web app also needs to connect to other existing web apps which are hosted internally. These apps have been setup on Windows VMs using IIS with the proper HTTPS binding with their proper URL (public traffic is routed via an Application Gateway). In this particular restricted environment, outgoing internet HTTP/HTTPS requests are restricted to pre-approved domains. Hence on existing VMs we have some hosts entries so that they can access each other via their internal IPs.

My plan was: Create an Azure Private DNS zone and then create A records matching the app URLs with the internal IP of each app.

However, it turns out that once you create a Private DNS Zone, all public records beneath this are no longer accessible from resources within your vnet. You would have to duplicate all the public DNS records to be able to have a private DNS zone for a top level domain.

I did read about Split Horizon / Split Brain DNS and I was hoping that if a DNS entry isn’t resolved by the Private Zone then it gets recursively resolved by Public DNS but it isn’t the case. I believe you could to use Azure DNS Private Resolver to do this, which is much cleverer, but a much bigger thing to add to a vnet.

From a VM in the vnet in question I can do some DNS queries for my company’s public domain:

Then, in the Azure Portal (in an account / subscription that has nothing to do with Great State, but has a virtual network and VMs already) I can create a Private DNS zone for greatstate.co – just like the documentation about Split-Horizon functionality suggests doing for contoso.com : 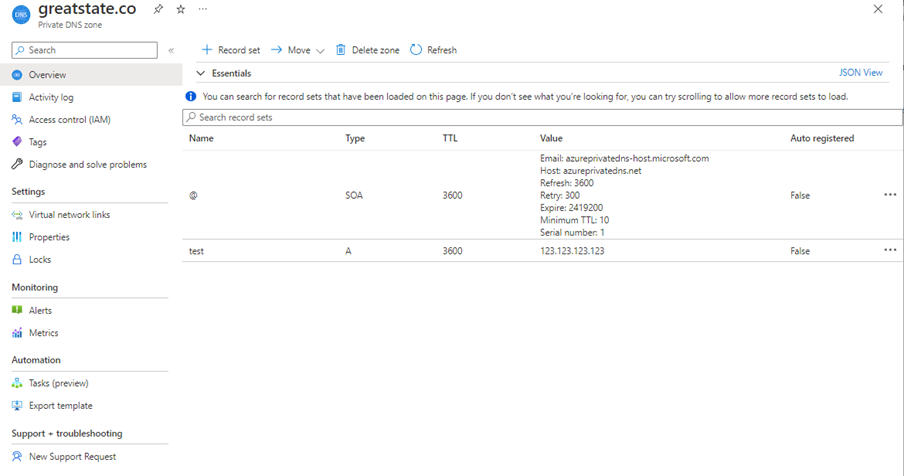 I have added a test.greatstate.co DNS record so I can be sure it is working.

I then link this up to my vnet from the Virtual network links tab. 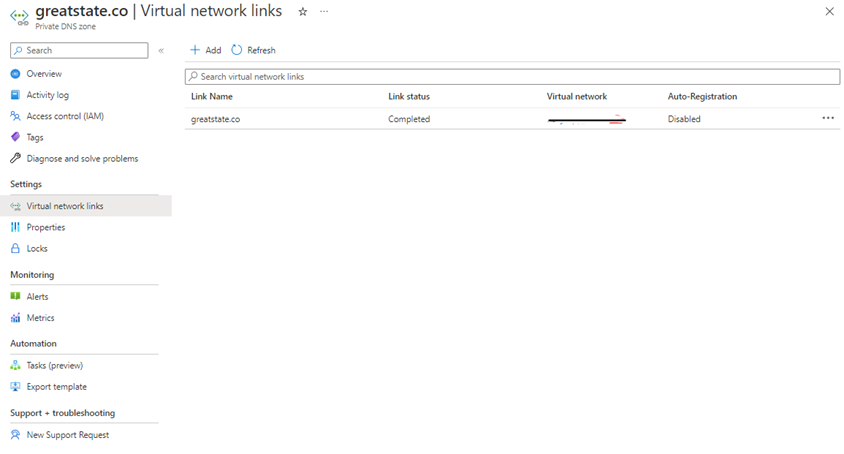 Then go back to my VM, flush the DNS and I can query the test.greatstate.co DNS record. Unfortunately, I can no longer query greatstate.co or www.greatstate.co so I have totally broken DNS for the entire domain within the entire virtual network! 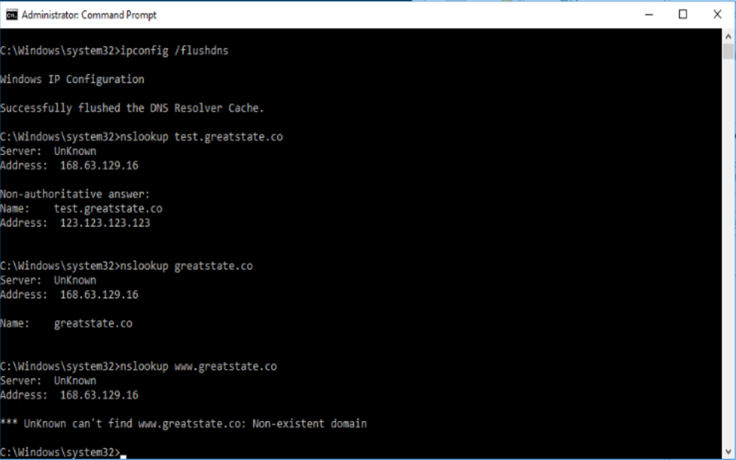 This is such a dangerous thing that I’m surprised there isn’t a warning in the docs or in the Azure Portal in the creation of a Private DNS zone.

This page does suggest that it can have consequences since Microsoft have blocked their own domains being used as Private DNS zones!